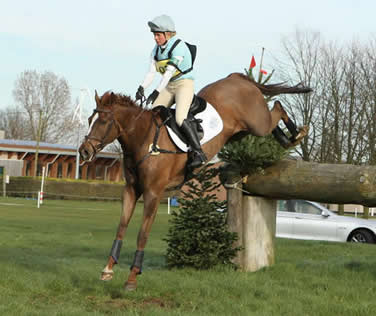 Following on from Oasby which was in Lincolnshire, “Lincolnshire Showground” was clearly a good omen and Team Taylor were on track with six out of ten horses in the top ten.

Day one were the “babies” of the yard all having their second BE 100 outings of the season, I was really pleased with the boys, KL Omar was placed 9th, Meadle Maverick was placed 17th & Extreme II was 25th. Hot Fit came 7th & Call Me Maggie May placed 2nd a new ride for me, both entered in Novice classes.

The following day It’s Chico found it all a little too exciting especially on the cross country so incurred some time and jumping faults – more XC schooling needed before the next outing. Merrywell Charlie Douglas will be joining him this week with his performance needing a little room for improvement! On the plus side KBIS Stardust won his first Intermediate event of the season, Allercombe Ellie won her OI class and KBIS Briarlands Matilida produced a solid performance to be placed 5th in her OI section.

So next cross country schooling, packing and departing for Nations Cup – CICO 3* Fontainebleau in France.