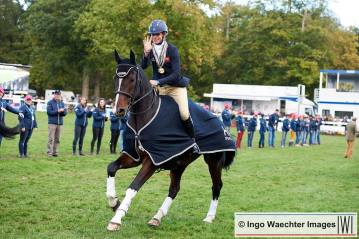 Born into an equestrian family in 1983 Izzy started riding from a very young age, riding a huge variety of ponies.  She was out on the hunting field at just four years old which put her in very good stead to become one of Britain’s talented riders.

The passion and natural talent for riding came from Izzy’s mother’s side of the family. Her Grandmother Jane Whiteley (nee Drummond Hay) evented herself, being placed in Badminton Horse trials, while her great Aunt Anneli Drummond Hay won both Badminton and Burghley.

Although being offered a place at university to study Sports Science, Izzy decided her future was with horses and eventing. She started work at Hartpury College and renowned breeders Sam and Linda Barr. Izzy then went out to Holland to train with Anneli Drummond Hay, and to work for Olympic Swiss show jumper Markus Fuchs.

In 2004, Izzy went to work for Mr John Johnston at the Opposition Stud. She stayed with John for two and a half seasons, during which time she was second at Windsor International and won a bronze medal at the European Young Rider Championships on her own horse, as well as successfully riding a large number of John’s Opposition horses to Advanced level.

In 2006 Izzy set up on her own, and in 2008 Izzy got the rides on Briarlands Blackberry and Briarlands Matilda.  She came third on Matilda at Blenheim in 2009, the same year in which her first child Lily Tompkins was born. 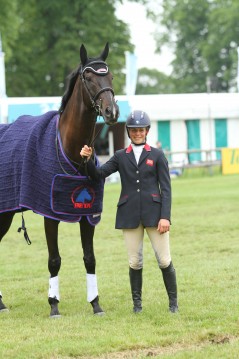 In 2010 Izzy’s second child Freddie was born and Izzy had over one hundred rides, including twelve internationals. During 2011 and 2012 Izzy’s career went from strength to strength. She was 7th at Burghley CCI**** 2012, 3rd at Bramham CCI*** 2012, and as a rider finished 11th in the British Eventing Rankings for 2012 with KBIS Briarlands Matilda 13th in the list of top 20 horses for British Eventing.

In 2013 Izzy was on the World Class Elite Performance Squad with three horses on the World Class Equine Pathway. She was selected to join five FEI Nations Cup teams, competing as an individual at the HSBC FEI European Championships for Team GBR in Malmo, Sweden with KBIS Briarlands Matilda. At the end of the season, five of the horses that Izzy rode were in the top 100 horses for 2013.