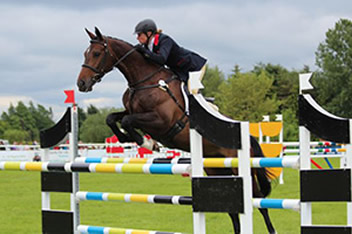 “I’m very excited and to be going to another Championship, which will be a different kind of Championships [to the Europeans in 2013]; it’s exciting. It kind of feels, on a personal… level, that I’ve made a step up. I’ve never spectated at a Worlds before so I don’t know what to expect but I can imagine that there will be a bigger atmosphere and the event will have a lot more about it.

“I’m really happy to be riding Ellie [Allercombe Ellie], she’s still quite new to me but we’ve built up a good relationship. I’m really pleased for her owners; I can imagine it will be even more special for Susan, as she bred her.”