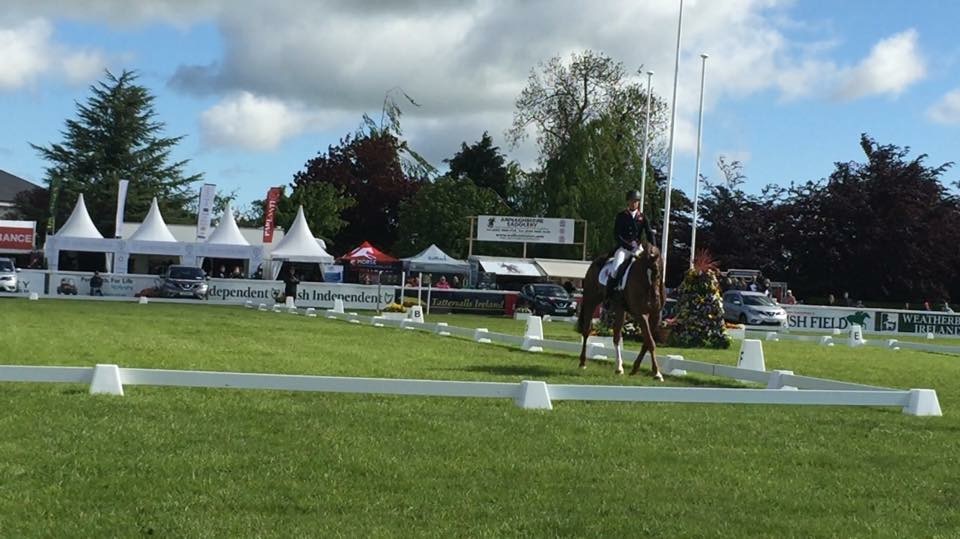 Last week was an Irish adventure for Team Taylor.

We travelled to Tattersalls International Horse Trials on Tuesday. All the horses travelled well so we hacked them all out on Fairyhouse Racecourse with the help of Kitty King and her husband. It was great being back at Tatts, its such a well run event. It wasn’t all sight seeing of the Irish countryside as Larry had his trot up Tuesday afternoon as well.

Wednesday was a bit of a low for Team Taylor as we had three 3* horses to trot up but Star was not right so we withdrew him. With horses done for the day we headed to the welcome party to drown our sorrows. The Irish hospitality was second to none so thank you to the organisers for a great night. It was back to work the next day with Larry in the dressage and the 3* boys working hard under the guidance of Tracey.

Larry was fantastic XC on the Friday, giving me a great ride. It was a good finish to the day after Rich and Chico strutted around the dressage like the pros that they are. I was really pleased with their efforts.

Larry trotted up beautifully and had then had just the 1 unlucky rail in the showjumping to finish 20th at his 1st big party. This horse has come on so much with his 1st event at the end of 2014! We went as a team to join Yogi and Tracey on course to watch the CCI 3* XC and support some of my friends. I was so pleased for Kitty and her winning round.

With only the jumping left on Sunday I decided to dismount at a ditch off Chico who was not a fan of the Irish ditches. Both of us are fine with only our egos bruised. Rich was great and really showed he was a grown up 8 year old after a show jump fell before we even reached it in the gail force winds. He is my star of the week from finishing on his dressage of 45 for 6th place in his 1st CIC 3*.

We took home a stowaway in the form of Kevin who is coming to join Team Taylor to gain more experience over the next month.

Off to unpack now,