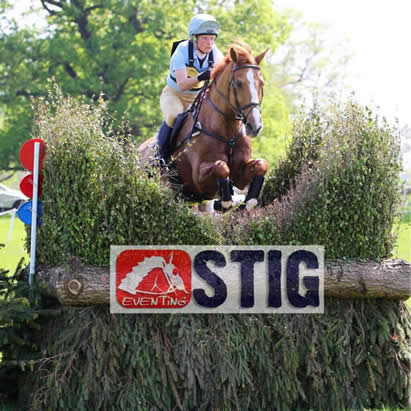 After an average Aston event (I like lots of rosettes so anything less is disappointing) we headed to Derbyshire to the beautiful Chatsworth Horse Trials with Orlando & Allercombe Ellie in the CIC3* and Hot Fit in his first CIC*.

Orlando (picture right) performed beautifully in his dressage scoring 37.5 we then completed a lovely double clear to be placed 3rd in CIC3*, we go up a gear and head to Bramham CCI3* at the beginning of June.

Allercombe Ellie was also in the CIC3* along side Orlando, she scored 51.3 in her dressage, but then for the running photo shoot of my fall in the “Duck” water combination visit my Facebook page we were eliminated……. She just caught her leg on the neck of the Duck and we both had a bath….!! thankfully she is absolutely fine and back to fight another day. Her next outing is Tattersalls International in the CCI***

Hot Fit competed in his first CIC* and was a star he scored 50.0 had a sneaky rail in the SJ but finished 6th in his class. He’s certainly one to watch in his first 5 events in his first year of eventing he’s been in the top 10 in all of them…